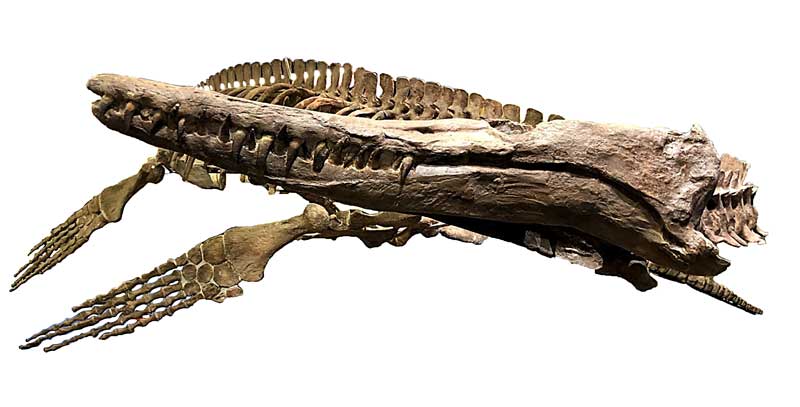 Confusion abounds when Mosasaur comes around! Confusion, you ask? What’s confusing about a long extinct reptile whose bones and teeth can be found on nearly every continent? It seems like we should be able to sort out just about anything we’d like about this prolific creature.

Let’s start with a few basic facts about these marine reptiles:

All mosasaurs were air breathing reptiles that lived in the sea.

The name “mosasaur” is a combination of Greek and Latin roots meaning ”Meuse lizard”, named for the Netherland’s Meuse River in which the fossil remains were first found.

Mosasaurs lived during the late Cretaceous Period from approximately 100 mya (million years ago) to 65 mya, when many species went extinct.

Now, let’s see if we can tease apart some of the confusions surrounding this ancient creature whose bones have a story to tell.

First, Mosasaur was not a dinosaur, as its name suggests. It was an aquatic lizard; a reptile. Being a large and sturdy reptile, similar in shape and size to modern-day sharks or whales, it’s not difficult to understand that the discovery of the first partial skull was filled with mystery. In fact, that first skull was found long before other dinosaur fragments were found, so the discoverers really had very little to go on.

The story was further shrouded in mysterious history because that skull fragment was traded, as legend goes, for several cases of wine to a French army lieutenant. The story goes that the new owner thought it must be some sort of crocodile or large sea mammal. It wasn’t until many years later that the mosasaur was identified as a unique, but widely varied, species of marine reptile. 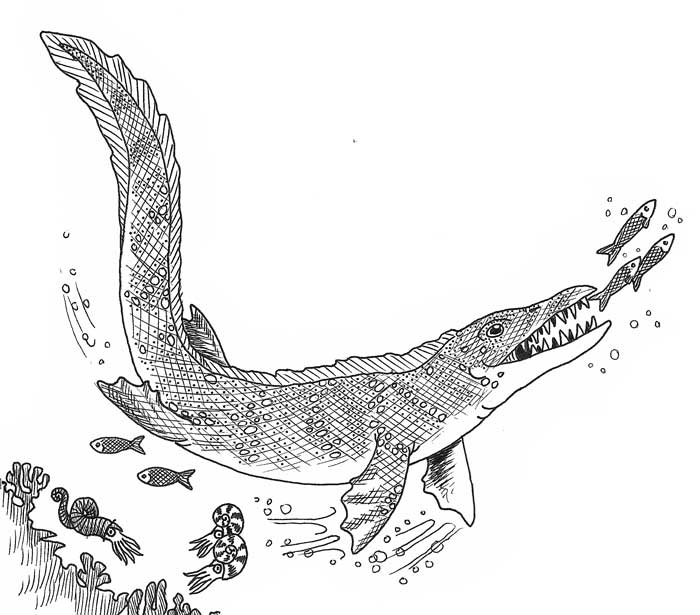 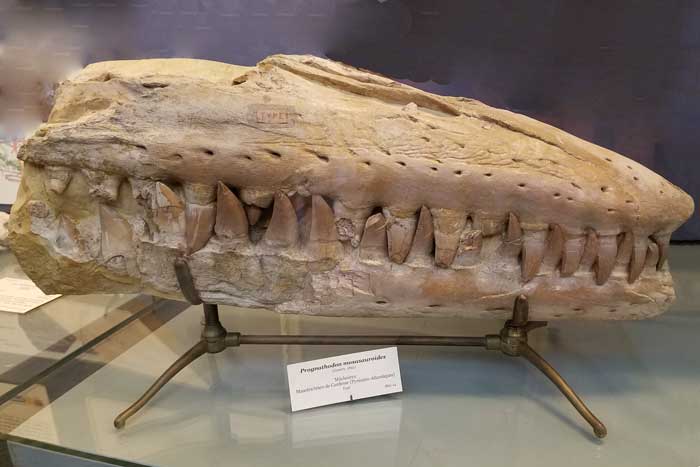 Mosasaurus had a long, thick, barrel-shaped body and big eyes. It had four limbs, that were shaped like flippers, for ease of movement in the water. The strong tail was used to propel the lizard through the water.Even though it had the capabilities to dive, Mosasaurus hovered near the ocean surface, where it most likely ate fish, turtles, ammonites, smaller sea creatures, and even birds. The powerful jaws could envelop a large ammonite in its entirety, and the fossil record proves it. Many fossil ammonites exist with rows of holes that align perfectly with the jaw shape of the mosasaur.

Mosasaur teeth are a treasured (and easily affordable) fossil to begin a young paleontologist’s collection. They are fairly sturdy and come in many sizes. Once a tooth becomes part of a collection, there is plenty to learn about this interesting lizard and many resources on the web for collecting factual information.

Mosasaur Teeth For Sale at our sister site fossilicious.com