Spinosaurus has been described as the largest of the carnosaurs. Having said that spinosaur fossils that have been found are longer than either T-rex or Gigantosaurus. However spinosaurs were built much lighter than either of the other two giant carnosaurs. It is probably best known as the star of Jurassic Park 3. 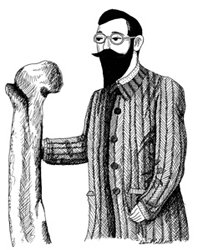 Whats In A Name?
The name means “spiny lizard”. This comes from the large spines that extend from the vertebrae along its back. These spines could be up to six feet long. It is commonly thought that these spines were covered by a membrane of skin to form a sail like fin. This may have been used to help regulate body heat. There is some evidence to suggest that the sail was able to be extended or at least partially collapsed.

The First Spinosaurus
Ernst Stromer, a German paleontologist discovered the first and most complete specimen in Egypt in 1912. He named it Spinosaurus Aegyptiacus. Unfortunatly this spinosaur skeleton was destroyed during the bombing of Munich in World War II. Other spinosaur skeletons have been found since then but so far none have been as complete as this first find. 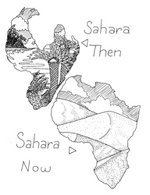 The Spinosaurus Habitat In North Africa
Most spinosaurus finds have been from the Sahara Desert in North Africa. Finds have also been reported from South America. Morocco has produced more than its fair share of spinosaur skeletons. About 100 million years ago in the early part of the Cretaceous Period when spinosaurs walked the earth North Africa was much more a tropical climate than at present. There were rivers, lakes, and wetlands in what is now the Sahara Desert. Spinosaur Size
Spinosaurs grew to be 40 to 56 feet long or 12 to 17 meters. Its body structure was similar to T-rex with some differences. T-rex was built more heavily. The spinosaurs had longer, heavier front arms. Some say this made it easier to grasp prey. Others contend that this dinosaur sometimes walked on all four legs. Of course the spines along the back of the spinosaurs are not present in T-rex. 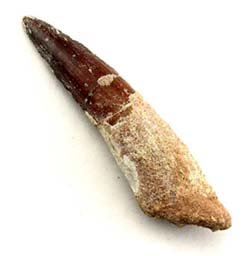 Spinosaurus had a long snout. Its jaws were full of long sharply pointed teeth. Unlike the T-rex, spinosaur teeth are not serrated but smooth and round along the length. Because the upper and lower teeth interlock much like a crocodile some researchers believe that spinosaurs ate fish.

Below you can see where fossils of this giant carnosaur have been found. 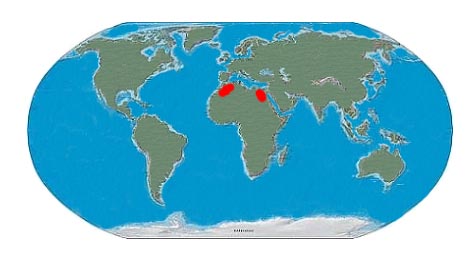 Want more? The following is a video on spinosaurus and other dinosaurs. The quality is very good and the animation has lots of dinosaur facts. Just click on the arrow in the center of the screen to begin.