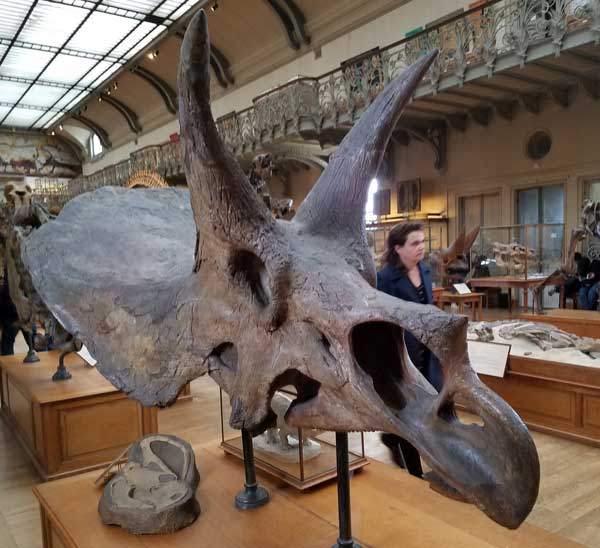 Dinosaur bones are perhaps the most impressive fossils ever! Their size alone grabs our attention. Most of the big natural history museums of the world have a complete t-rex, stegosaurus, or triceratops as center pieces. Even so most of the dinosaur bones that have been found are broken fragments and jumbled pieces. Putting these "complete" skeletons together is a real feat!

Humans have 206 bones in their body, and usually our bones stay pretty much intact when we are buried, carefully laid out, often even with arms or hands folded over our body. Imagine the  challenge if our many bones were scattered about. Finding and identifying dinosaur bones is a bit more complicated since they died and collapsed without careful placement. In fact, when dinosaurs died, their bones were often scattered by scavengers.  Even when the skeleton intact it is a puzzle to put back together. The picture below is an example of several articulated oviraptor skeletons as they were found. 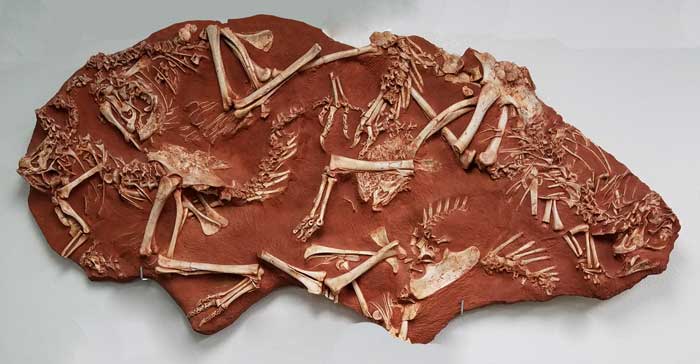 Because the various extinction events occurred over millions of years, dinosaur bones were buried deep in the earth. They were embedded in sediments and crushed below tons and tons of dirt and rocks. A further complication is that dinosaurs lived all over this planet, before the form of today's continents was established. Due to geologic shifts, weathering, and environmental changes, their bones were scattered, often between great distances.

It can take paleontologists years to complete a dinosaur skeleton. One such skeleton, named after explorer Sue Hendrickson, was discovered in August of 1990. ‘Sue’ is one of the better preserved T-rex specimens. The amazing thing about ‘Sue’ was that over 90% of the bones were found and put together. Most T-rex specimens are missing half their bones. Wow!! Way to go Sue!

What Dinosaur Bones Can Tell Us

Dinosaur bones, specifically their configuration to one another, can give us clues as to how the dinosaur moved, how they behaved and what they might have looked like. For example, the skull will tell if the dinosaur had a large or small brain or if it had good or bad eyesight, hearing, and sense of smell. The shape of a dinosaur skull can also tell us what other dinosaurs it was related to and where it fits in the family tree. 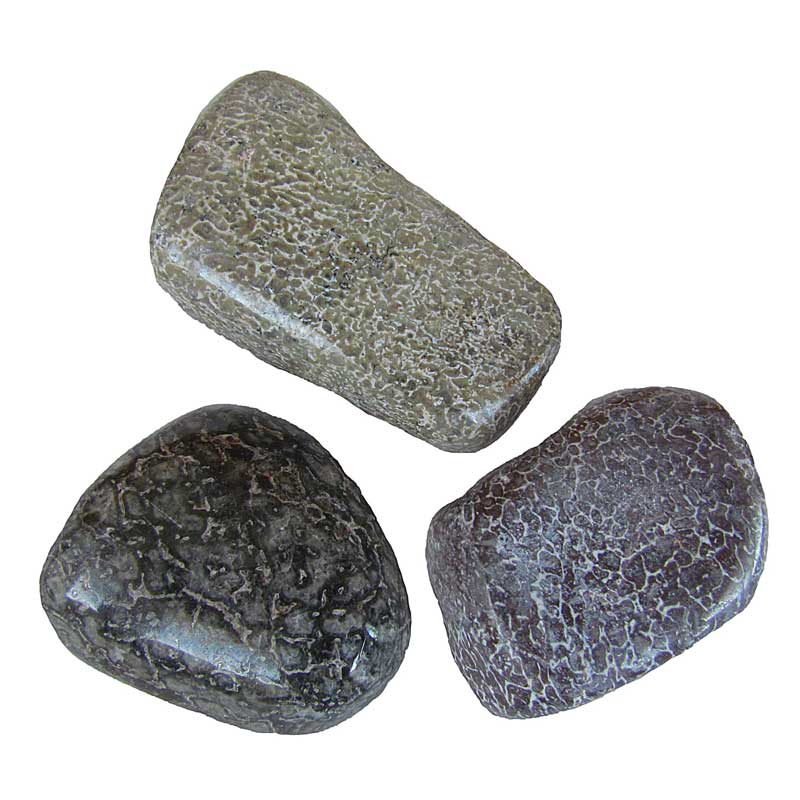 Dinosaur bones can be found whole, like the super-discovery in France, or they can be unearthed in fragments. These fragments can vary in color and size. It is often hard to distinguish a dino bone fragment from stone, but a quick look under a microscope can usually settle it. Fossil bones have a distinctive cellular structure. Large bones, such as leg and arm bones, are more likely to be preserved than smaller bones. So, chances are that a bone fragment is a small bone, such as a facial bone or a rib.

Dinosaur bones are still being unearthed today. In fact, just this year of 2019, a massive 1100-pound dinosaur femur was unearthed in France. Paleontologists date this at 140 million years of age. No bones about it, that is one heck of a discovery.

You can buy dinosaur bone at our sister site fossilicious.com