An Introduction to Geologic Time

This history dates back to more than 4.6 billion years ago…with the clock still running. That’s right, geologic time is still being recorded today. 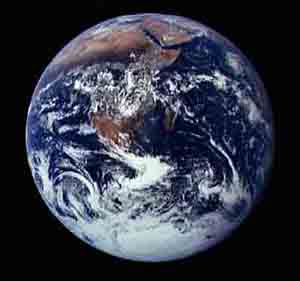 Geologic Time and the Relationship to Strata Depth

When Did Geologic Time Start?

Fun Fact: Earth didn’t just ‘magically’ appear one day. It took millions of years for the earth to form and achieve the substantial size it is today. The beginning of geological time generally accepts that the clock started when Earth achieved its current mass.

This type of geological dating seeks to place significant geological events in the Earth’s history in sequential (chronological) order.

For example, major geological events may include a volcanic eruption, emergence of an ocean, duration of a desert area and more.

Geologists look to rock formations to reveal the timeline of such events. For example, a large layer of lava or ash, marine limestone or layer or rock. However, the presence of such formations is only relevant when they are spread over a significantly large area that can be visualized on a geologic map.

From these samples, the sequential order of events can be determined by looking at the layers. Depth plays a key role, with the first layer generally representing the oldest event. Although the thickness of these layers can yield key insights into how long a particular geological event may have lasted, Relative age dating is primarily concerned with sequence and not the duration of events.

Absolute age dating is a form of radiometric dating used to provide scientists with a specific and definite date for a unit of rock. This type of radiometric dating offers a realistic determination of the numeric age of a sample, providing a depth of information about the duration and subdivisions of geological time.

Noted for remarkable accuracy, advancements in this field allow geochemists to analyze small samples for trace elements with a precision never before achieved. Such advancements have shed much light on both the rates of biological as well as physical processes as they relate to the development of our planet.

In the 1700s, geologists began to use relative age dating principles in order to chart the chronological order of rocks found around the world. Although this effort is considered the beginnings of the geological time scale as developed by humans, it wasn’t until the advent and advancement of radiometric age dating that we began to establish reliable and accurate dates for the Earth and it’s geological events.

Think of geologic time as the earth’s calendar of geological events over time. This calendar is divided into Eons, Eras, Periods, Epochs, and Ages (in order of descending duration).

The assignment of these geological units is based on stratigraphy (study and interpretation of rock strata over time). Fossils found within the strata provide key evidence and means of establishing a geologic timeline, revealing key information about the emergence and disappearance of many species.

Where do you go from here?