Iguanodon
The Dinosaur Known for its Thumbs! 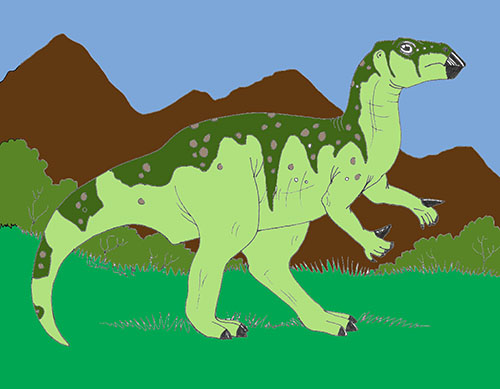 Iguanodon was a large herbivore with a distinctive thumb spike. There are many species of this dino. Some of them are well accepted while others are still being debated.

The story of the first discovery of Iguanodon was quite interesting, but Ill get to that in a minute. Does the name sound familiar? A lot of people might think that it is related to the modern iguana, but that is far from true. Believe it or not, iguanas were actually discovered before these dinosaurs….and they're still around. Why not dinosaurs?

What's In A Name?

Back to the subject. Iguanodon was actually named because of the similarity with iguana teeth. In fact, Iguanodon comes from the Greek language, meaning “iguana tooth.” They were not as sharp as other dinos, T-Rex for example, who had teeth like razors-eek! Iguanodon teeth were much more suited for eating plants, which was quite convenient, since they were herbivores. The Iguanodon made up for its lack of sharp teeth, with its sharp thumb spike. What an unusual way to defend yourself, eh?

Iguanodon lived during the early Cretaceous Period, about 135 million years ago and were part of a group of dinosaurs called ornithischian, which means they had a hip structure similar to birds. It also had a beak, which probably helped forage for food. Iguanodon walked on either two or four legs, depending on their activities.This option probably came in pretty handy if they were trying to run from a predator. An adult Iguanodon weighed about 3 tons and were 30-40 feet in length.

Iguanodon was named by a geologist named Gideon Mantell, in England. Remember that interesting discovery story I mentioned? Well, there is a controversial story that Mantell’s wife, Mary Anne Mantell, was actually the first to discover Iguanodon teeth. She was accompanying her husband on a trip in 1823, and she had found some tooth-shaped fossils on the side of the road. Her husband sent them off to paleontologist Georges Cuvier. He got so excited because of Mary Anne’a discovery, that he an gathered a team to excavate of the Tilgate Forest, where the original teeth had been found. This excavation led to to a complete discovery of Iguanodon fossils.

Sadly, science was dominated by men who didn't think a woman could make such an important discovery, and many scientists didn't believe the story. However, later research proves that Mary Anne Mantell did in fact assist her husband in drawing of the findings, and she has now been credited as the first to discover Iguanodon teeth.

You can learn more about iguanodon here. 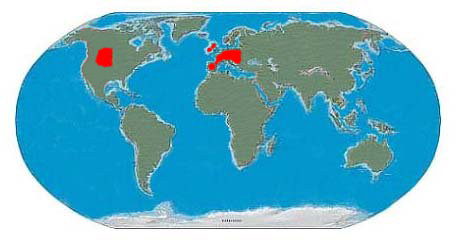