Stegosaurus is most recognized for the large, dinner plates on its back. In fact, these bony plates were not part of its skeleton at all, but more on that later.

The name comes from the Greek word ‘stegos,’ meaning roof, and ‘sauros,’ meaning lizard. They belonged to a group of dinosaurs called ‘Ornithischia', which means they had hips similar to birds. The similarity to birds stopped there however. A large adult could grow up to about 29 feet long, 14 feet tall and weigh about 5 tons-way too heavy to make it off the ground. Imagine a creature larger than an elephant, trying to fly. 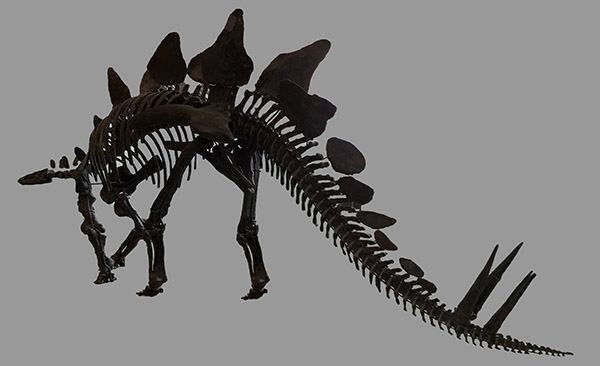 Stegosaurus were short, stalky plant-eaters that lived in the late Jurassic Period, about 155 to 150 million years ago. Other familiar dinos that lived in this time period, were the Apatosaurus, Diplodocus, Brachiosaurus, Allosaurus, and Ceratosaurus. Do you think they were all friends?

Remember those bony plates I mentioned? They were actually skin that became hard over time, working as armor for the dinosaur. Think of the thick skin on an alligator or the shell of a turtle. These plates were about 2 feet wide and 60 centimeters tall. They are called scutts.  Dinosaurs that had these plates of armor were called thyreophoras. Another famous thyreophora was the Ankylosaurus, but more on him later.

Stegosaurus had two rows of these plates, paired with spikes to defend themselves. The spikes on the tails of some stegosaurus species have come to be known as thagomizers.

The name actually came from a cartoon by Gary Larson called the Far Side. In 1982 one of Larsons cartoons featured a stegosaurus with parts labeled. The tail spikes were labeled Thagomizers which of course at the time was a made up term from the brain of Gary Larson. Over time paleontologists adopted the name and it has become the accepted term. For those of you too young to have seen the far side cartoons check it out. You can see the original Thagomizer cartoon here

Its a good thing that stegosaurus had these plates and spikes to defend him. The brain of a stegosaurus was very small, weighing in at a whopping 3 ounces. Scientists think this may have been the reason why this dinosaur had such a sedentary lifestyle. 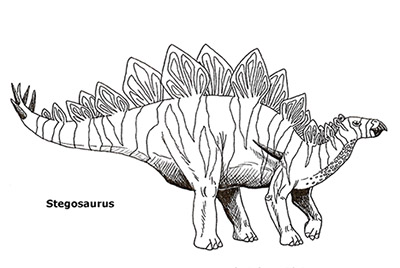 The first fossils of this kind were discovered by Othniel Charles Marsh in 1877, near Morrison Colorado. They were found during a competitive battle for fossil discovery, called the Bone Wars, or the Great Dinosaur Rush.

Marsh and another paleontologist named Edward Dinker Cope were very competitive rivals, who started these ‘Bone Wars’ It was a heated battle for discovery, fraught with underhanded cruel tactics, such as theft, bribery and destruction of bones. Even adult scientists can play mean. In the end, both contributed their own separate discoveries to the field of paleontology and paved way for continuous ones. After their death, boxes of unmarked bones were found, and this allowed for continued work. 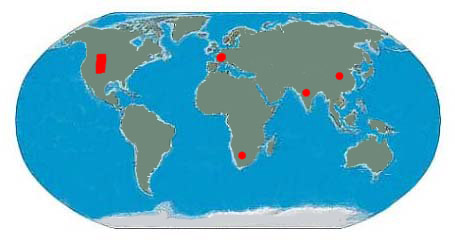