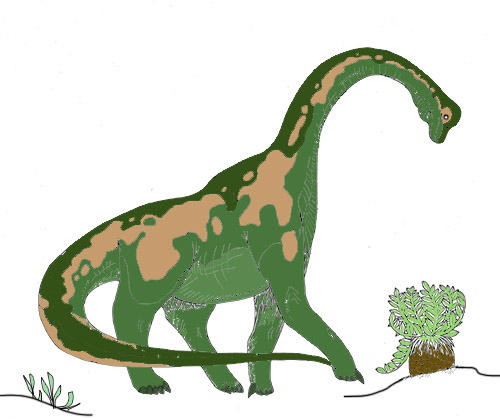 Brachiosaurus was big. Really big!  It is sometimes compared to a giraffe due to its long neck and forelegs. Indeed the most distinctive feature of a Brachiosaurus is undoubtedly its unusually long neck, which could stretch to 30 feet in the air. Talk about having your head in the clouds!

This dinosaur lived in the late Jurassic period, about 150-155 million years ago. Alongside the Brachiosaurus lived the Apatosaurus, Allosaurus, Diplodocus and Stegosaurus, just to name a few. 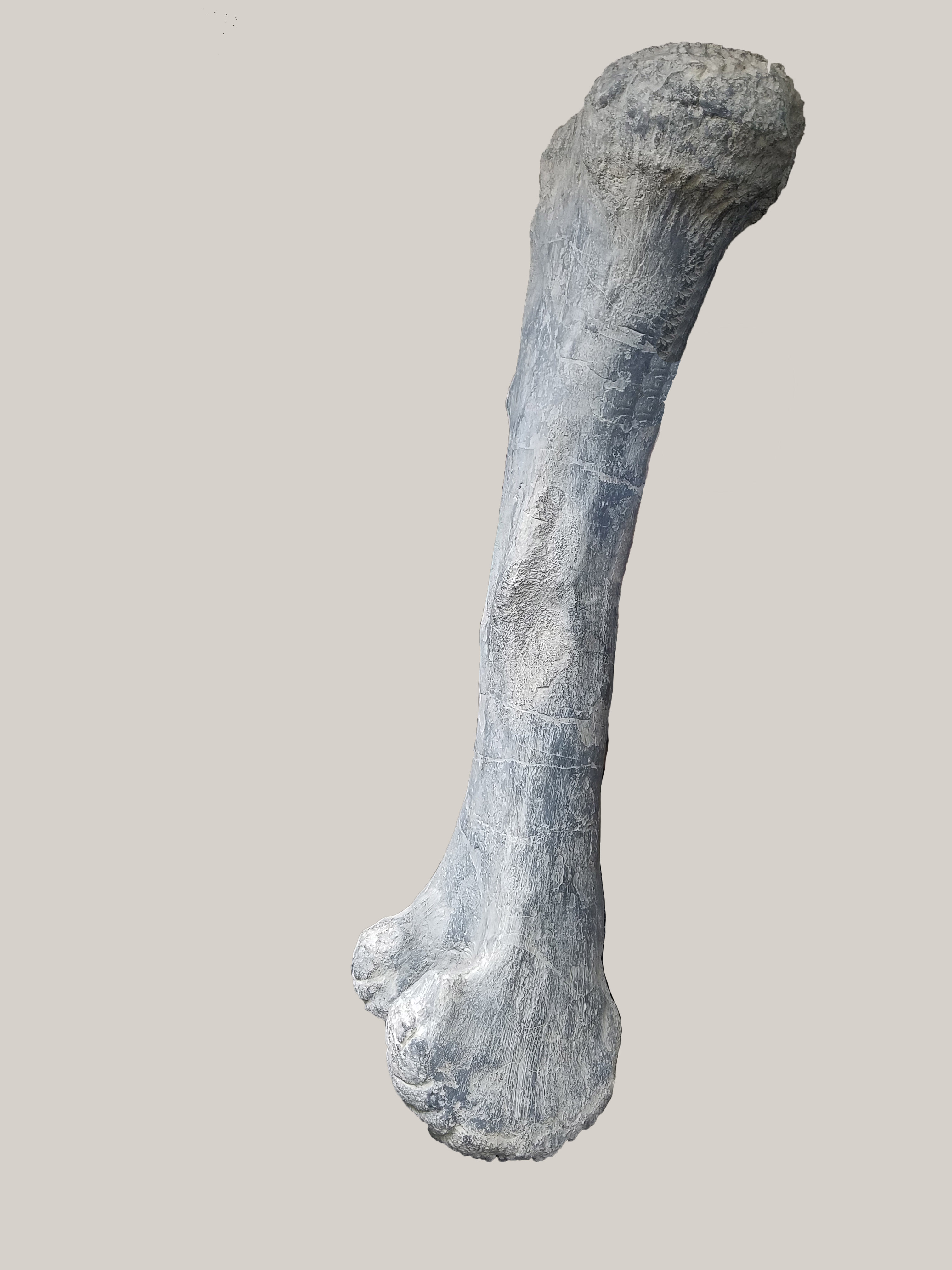 This gentle giant was classified as a sauropod, which means it was lizard hipped (Saurischia). It had a long neck and tail, a small head and thick legs. Brachiosaurus means “arm lizard,” probably referring to the fact that its front legs were slightly longer than its back legs. The bone pictured at the right is a  brach femer and is about 7 feet long! From head to tail, This dino was about 80-85 feet long. Thats about the length of an airplane or two school buses. It weighed about 62 tons. There is still much debate about how this dino held its head and neck. Some claim that it could not have been in a vertical position. Others say it would have been impossible to be held horizontally. Still others think it was somewhere in-between.

Brachiosaurus was an herbivore, and probably munched on the tops of trees, such as conifers, gingkoes and tree ferns, considering its long neck.

Its teeth were shaped similarly to a traffic cone, which made them suitable for eating plants. It ate up to 800 pounds of plant matter in a day….and you better believe it never complained of not finding enough to eat, either. The environment in which the Brachiosaurus lived was filled with tall, lush greenery including giant tree ferns, cycads, gingkoes, and early confers.


The first partial skeleton of Brachiosaurus was discovered by Elmer Riggs in the early 1900’s. At the time, Riggs thought it to be the biggest dinosaur ever. Not so fast, Riggs! Your find was technically not the first discovery of a dinosaur fossil of this species. In 1883, paleontologist Othniel Marsh discovered what he thought was an Apatosaurus skull near Garden Park, Colorado. It wasn't until 1998 that scientists correctly identified it as a Brachiosaurus skull. See! Even scientists can be mistaken sometimes! 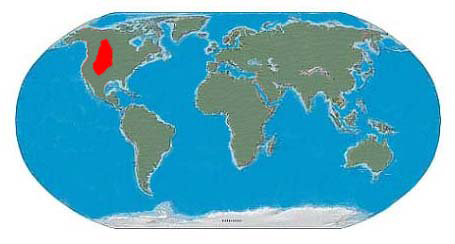 Early paleontologists also thought that the Brachiosaurus spent most of its time under water, because its nostrils were at the top of its head. But Brachiosaurus had air-filled pockets inside their bodies, much like the lungs of mammals, which would have made it very hard to stay underwater for too long. Wrong again, silly scientists!

We’re just teasing. The great thing about science is that each new discovery leads to deeper understanding. After all, it was generally believed that the Earth was the center of the Universe until Nicholas Copernicus proved the Earth was traveling around the sun. There are still people trying to disprove something the Greeks figured out several centuries BCE: the Earth is round, not flat.

With paleontology, so much of the “facts” we need are hidden below the surface of the Earth in fractured bones and pieces that more often than not barely give us enough information to make an educated guess. But that’s what scientists do: they take the information they gather, toss it around using the information they believe to be true, and come up with a hypothesis. Sometimes, like the notion that brachiosaurus lived in the water because it’s nostrils were on top of its head, the hypothesis seemed like a good explanation. At least it was a good explanation until a more complete skeleton was found and there were those pockets for lungs.