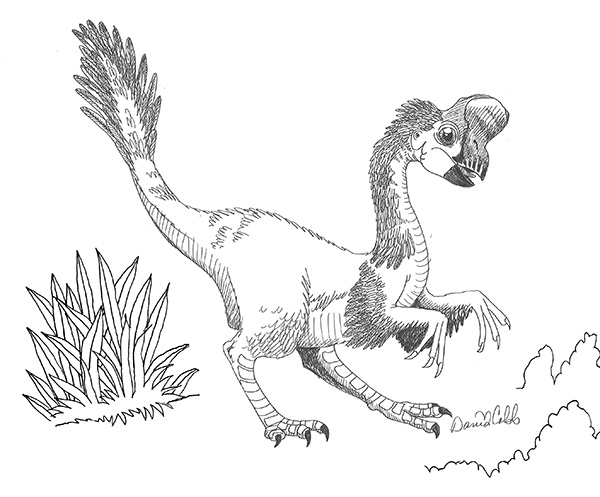 Oviraptor is small dinosaur, categorized as an ornthniscian, meaning that it was bird-hipped. Its name comes from Latin, meaning 'egg snatcher,’ referring to the fact that the first fossil specimen was discovered atop a pile of what were thought to be Protoceratops eggs. Oviraptor lived about 75 million years ago during the late Cretaceous period, as did Protoceratops. I wonder if there was ever a battle between the two species, for eggs?

Oviraptor possessed many similar feature to birds, and probably looked similar to a modern day ostrich. Findings of both creatures included a set of unique growths on each rib that would have kept the rib cage rigid. Nomingia, a relative to the Oviraptor, had a structure called a pygostyle, which is a set of fused vertebrae that would later help support the tail feathers of birds. Skin impressions of some other close relatives of the oviraptor show evidence of feathered wings and feathered tail fans. Because of this oviraptors probably had feathers as well. Also, Oviraptor skeletons were found atop nests of eggs in a brooding position exactly like that of living birds.


Oviraptor was about 6 feet long and walked had two long hind limbs. Each limb had three claws, that were used to hold, rip and tear their prey. It used its toothless beak to catch and devour its food. Sounds like a pretty deadly combo!

As its name suggests, Oviraptor was originally presumed to have eaten eggs, because its fossils were discovered with fossilized eggs or nests. It was hypothesized that the toothless beak would have been conducive to breaking open the shells of eggs.  However, some paleontologists think that the jaw was not designed to actually eat the eggs. They claimed the name "oviraptor" (egg snatcher) is a misnomer; their jaws are not useful for eating eggs, but for crushing very hard food. This was later supported by other discoveries that indicated that the oviraptor was brooding its own eggs and not eating those of a protoceratops.

Oviraptor had a uniquely shaped jaw bone, where the bone actually extended below the jaw line and would have pushed into the space between the toothless lower jaws. This made it easier to use force to open tough shells. Oviraptor was presumed be mostly carnivorous because of remains of other creatures found in its stomach. 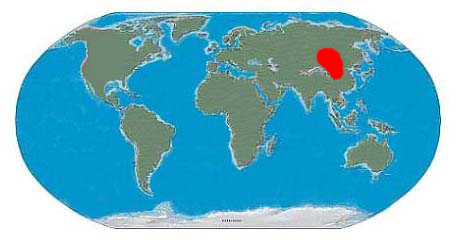