The Orthoceras
Ancient Mollusk Grew Feet Out of its Head! 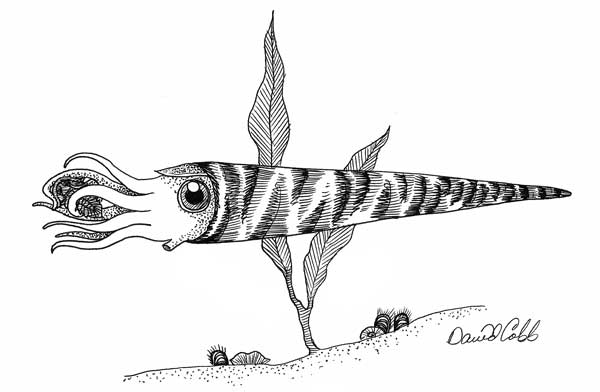 Orthoceras was an ancient cephalopod that lived about 370 million years ago. The name means straight horn, referring to the characteristic long, straight, conical shell. The preserved shell is all that remains of this ancestor of our modern-day squid. There is some confusion around the name. Scientifically orthoceras is a genus name used only for a particular extinct nautiloid cephalopod from the Baltic states and Sweeden. However it is commonly used to refer to any species of extinct nautiloid cephalopod with a straight cone shaped shell. In this article we are using the common definition.

The soft body lived in the last open-ended segment at the large end of the conical shell. As the body grew and the housing segment became too small, a dividing wall, called the septa, grew to separate the old “home chamber” from the new one. The differences in the composition of these shell parts allowed for differences in fossilization so the parts can be seen.

The siphuncle is a tube that runs the entire length of the shell, through each of the chambers. This tube had two functions. Once filled with water, the nautiloid could force the water out, propelling itself backward with a kind of jet propulsion. By releasing the water and leaving air space, the tube could serve as a bouyancy device allowing the animal to rise and lower itself to different depths.

These straight shelled nautiloids ranged in size from less than a centimeter to more than 14 feet long!

All the living relatives of these nautiloids, squid, octopus, cuttlefish, and nautilus are predators, and we can assume that orthoceras was also a hunter of the Paleozoic seas, possibly having trilobites for breakfast!

Notice the siphuncle and septa in the fossil below. The siphuncle is the line running down the center from head to tail. The septa are the short curved lines that run across or side to side.

The orthoceras were very diverse during the Paleozoic. Some species were small, just a few centimeters. Endoceras specimens have been measured at 3 meters. Cameroceras was the largest of the orthoceras. Some estimate that it could have reached 11 meters in length!

Where Are Othoceras Fossils Found?

Orthoceras fossils are found all over the world. They were plentiful in all of the Paleozoic oceans. Their hard shell fossilize easily so that today they are common fossils. Many of the fossils found online or in your local rock shop are from an area near Erfoud, Morocco. In that place Devonian rocks are on the surface and are full of orthoceras! Moroccan craftsmen create table tops, bookends, and sculptures from the rocks found here. 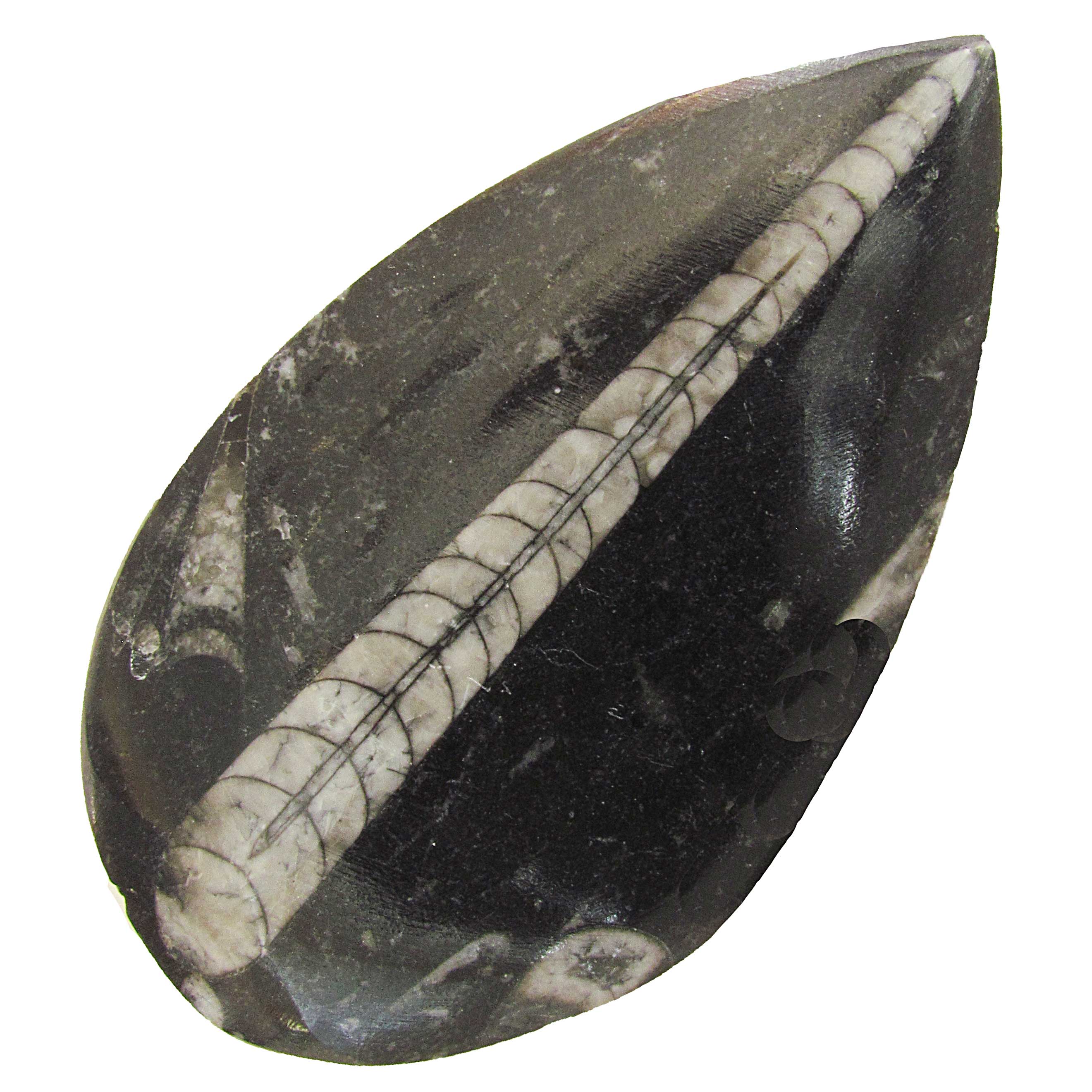 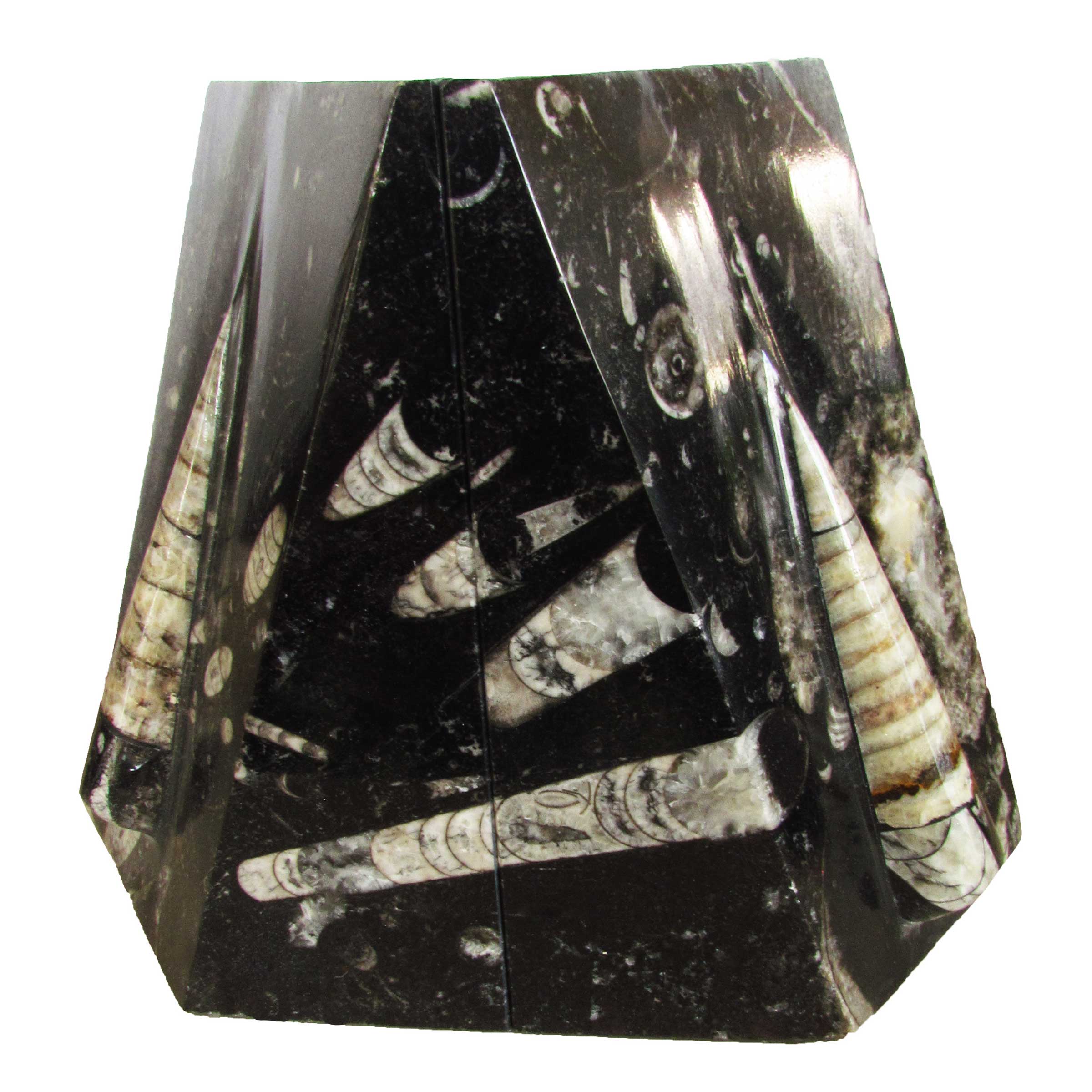 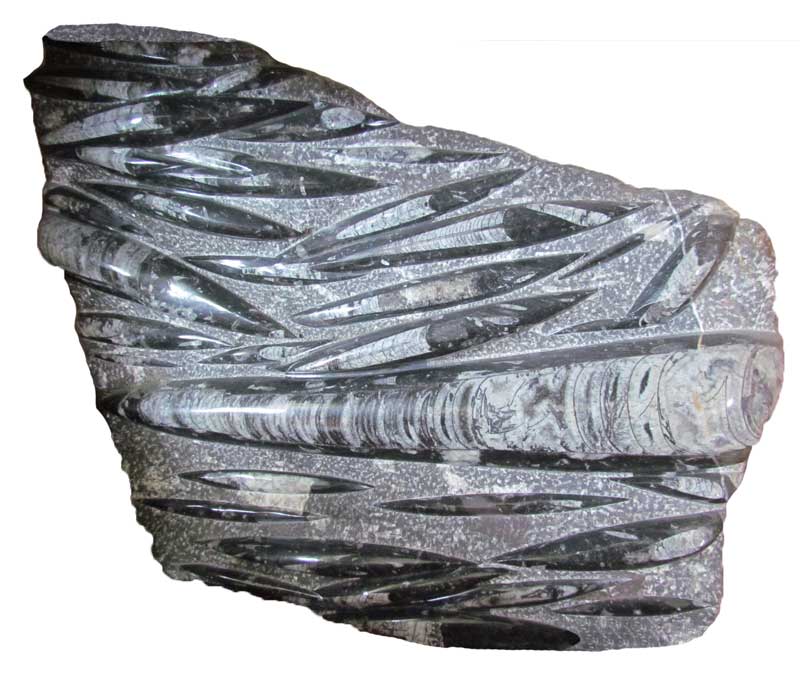 When did Orthoceras Live?

The first orthoceras Fossils are from the Ordovician Period. As a group they were very successful through out the Paleozoic Era. They populated all of the oceans in huge numbers. Some species survived the Great Permian Extinction Event only to finally became extinct during the Triassic Period.

Orthoceras fossils are the remains of an invertebrate, an animal that has no backbone, that belongs to the Phylum Mollusca. This is a broad grouping of animals that include snails, slugs, oysters, clams, octopus, and squid.

The phylum is broken down into classes. Orthoceras belongs to the class Cephalopoda. Other living members of this class are octopus, squid, and the chambered nautilus. The name cephalopoda means head foot referring to the fact that their tentacles or feet grow out of their heads.

The subclass of orthoceras is Nautiloidea. This really narrows the field. The only living member is the Chambered Nautilus. Extinct members of this subclass include the ammonites, belemnites, and bacculites.

Of course the subclasses are broken down further into orders. Orthoceras belongs to the order Orthocerida. This order is characterized by their long straight conical shells. The shells could be smooth or ribbed.

Up to now classification issues have been fairly straight forward. But when it comes to family and genus names for orthoceras fossils there is disagreement. Orthoceratidae is the family name, though some sources call the family name Michelinoceratidae. The disagreement has to do with the time period the orthoceras fossils come from and the geographic location in which they are found.

To further confuse the issue all members of the order Orthocerida are commonly referred to as orthoceras. Proper claim to the name is the species Orthoceras regulare.

Proper or not all of the straight shelled nautiloids are commonly referred to as orthoceras.