Pachycephalosaurus
King of the Boneheads

“King of the boneheads” is not just an expression. Pachycephalosaurus, or “thick headed lizard” was a bully of a dinosaur, that actually had a 10-inch thick bony mass on the top of its head. Not to mention Pachycephalosaurus skull is 30 times thicker than a human’s skull! It was quite a beast, the largest of its family in fact, and it could arguable win most battles. 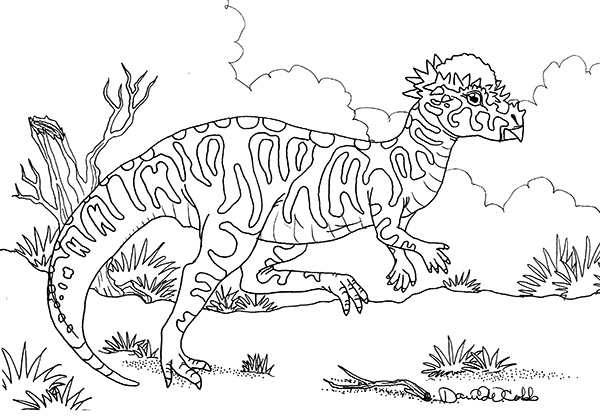 An adult Pachycephalosaurus was 15 feet long, from skull to tail, and weighed about 660 pounds. It was an ornithischian dino, which meant it had hips like a bird. Pachycephalosaurus most likely carried most of its weight on its head and had long, agile limbs. It had long legs with three toes, although only two of these toes carried weight, and small arms with five fingers on each.


Pachycephalosaurus was a herbivore, which meant it only ate plant matter. It had small, serrated teeth perfect for shredding that plant matter.

Pachycephalosaurus was no match for most. Remember that bony mass I mentioned? That made for some pretty intense head butting matches. This was arguable their strongest defense weapon- and it was built right in. Males would compete with other males for either dominance or mates. They did this by running full speed at their opponents, much like mountain goats or big horned sheep. I would argue, though, that the weapon used was much heavier, and therefore deadlier. They used their long, powerful legs to run toward each other and held their tail straight out for balance, similar to an arrow hurling towards a target.  They also had small spikes on their nose and sharp frills on the back of their head. This probably made any “outsider” too afraid to even approach.

Pachycephalosaurus’ were thought to have lived in packs or herds, similar to mountain goats. This would have made head butting much easier, due to the close proximity of others. 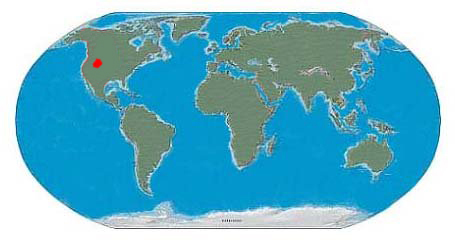