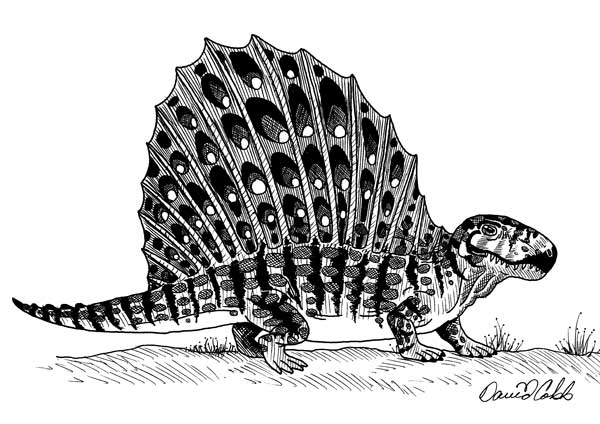 Dimetrodon: sounds like a new superhero, eh? Or maybe an evil villain? Actually, it is a kind of animal called a synapsid, and lived during the during the Permian Period, around 295–272 million years ago. Synapsids comes from the Greek language, and means “fused arch”, but also can have another translation of “beast-face.” Basically, synapsids’ skulls had temporal fenestra, or openings in each side of its skull, behind each eye socket. I know, real compelling stuff……NOT!

The cool part about these holes in the skull, though, is that these fenestra are important in terms of evolution. The skull had several other features that link Dimetrodon with mammals, while separating it from earlier creatures. So, I guess you could say that these boring skull features were an evolution revolution. Due to this, Dimetrodon is more closely related to mammals than to modern reptiles, though, oddly enough, scientist say they were not a direct ancestor of mammals. Twenty different species of Dimetrodon have been named since the genus was first described in 1878.

Dimetrodon is not a dinosaur, but is often mistaken for a dinosaur, because of its reptile-like in appearance and physiology. Dinosaurs didn’t actually exist yet. These fascinating creatures roamed the earth about 40 million years previous.

The name Dimetrodon means "two measures of teeth,” which means, you guessed it, they had two pairs of teeth. These teeth pairs were different sizes, however. The front row of teeth were similar to canine teeth in mammals, meaning that they were sharp and pointy. The back row of teeth were smaller, probably for chewing softer fruits or plant matter. Some species of Dimetrodon had serrated teeth, good for tearing flesh, while others were more dull and probably more suited for munching on vegetation.

One of the coolest features of this creature was its big mohawk-like sail on its back, that stood on end, similar to the bony plates of Stegosaurus. While Stegosaurus had several thick bony extensions, Dimetrodon had several skinny ones that fused together, and looked more like a sail or a fin.

Dimetrodon walked on four legs, had a ling, thick body and tail. Most species were between 6 and 15 feet, and could weigh up to 550 pounds. 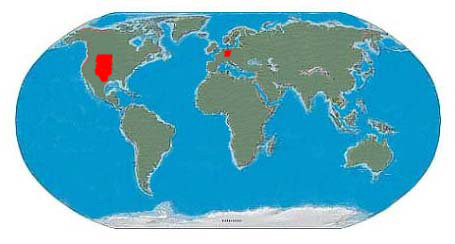