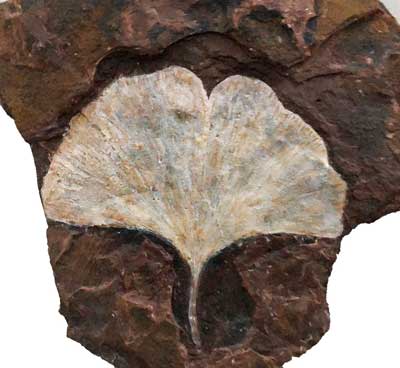 What Is A Fossil Anyway?

What is a fossil? Simply put, a fossil is the remains or evidence of any creature or plant that once lived on the Earth. There it is simple, straightforward, and hopefully clear. It is the short form answer. No frills. Stay with us though because some explanation is in order.

What Is A Fossil?... The Long Answer

There are quite a few fossil classification systems in use today, but my favorite is the one used by Peter Larson and Kristin Donnan in their book, Bones Rock! They group them into two categories: Type I and Type II

Type I-the remains of the dead animal or plant or the imprint left from the remains.

So now you have one short and one long answer to the question: "What is a Fossil?" Let's build on that.

Type II- Something that was made by the animal while it was living that has hardened into stone. These are called trace fossils.

Type I fossils can be the actual thing that it once was, like a piece of bone or hair or feather. More often the bone material is replaced by different minerals contained in the liquid of the sediments that buried it. What was once bone is now some sort of crystal.

This process also takes place with shells, exoskeletons and wood. If the spaces in the bone are filled with liquid minerals which later harden it is called permineralization.

Sometimes the organic material is dissolved by the mineral-laden water. The process happens so slowly that each cell is dissolved and replaced by a particular liquid mineral before it hardens. This is called petrification. In petrification, every detail down to the cellular level is duplicated in the minerals.

The question: "What is a fossil?" has a simple answer. But as you can see it can be more complicated than that.

Now that you know what fossils are learn about how they form.

How are fossils formed you ask? Here are Pictures and descriptions of 6 common ways fossils can form and the conditions needed for fossilization to occur.

There are several processes that plants and animals or their parts can be preserved. No matter which way preservation occurs it takes a lot of luck, pure happenstance. Most living things are quickly recycled upon death. Scavengers and bacteria usually consume all but bones and shells, and those are broken and scattered usually within days. So fossilization is rare and requires Goldielocks conditions to happen.

Still millions of fossils have been found. If you think about all of the museums, university paleontology labs, fossil dealers, hobbiests, and private collectors, there really are a lot of fossils that have been discovered! However when you think of the billions and billions of living things that have inhabited the earth over the last 550 million years only a very small percentage are immortalized in stone!

This page details the processes of fossilization. The following is a list with descriptions answering the question “How are fossils Formed?” Generally the top of the list has methods that preserve best though their occurrence is seldom seen. 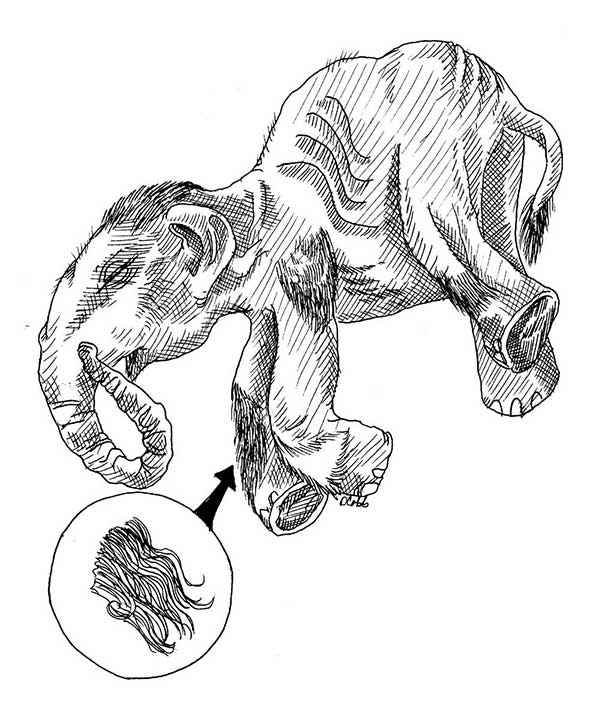 How are fossils formed? Freezing (refrigeration)-This is the best means of preservation of ancient materials. It happens only rarely. The animal must be continually frozen from the time of death until discovery. That limits the possibilities to cold hardy animals from the last ice age. There have been remarkable discoveries of mammoth and wooly rhinoceros found in ice from Alaska and Siberia. Specimens with flesh, skin, and hair intact have been found. Some of these finds suggest that they were flash frozen, with food still in the mouth and stomach.

Drying (desiccation) Mummified bodies of animals including humans have been discovered in arid parts of the world. The soft tissues including skin and organs are preserved for thousands of years if they are completely dried. 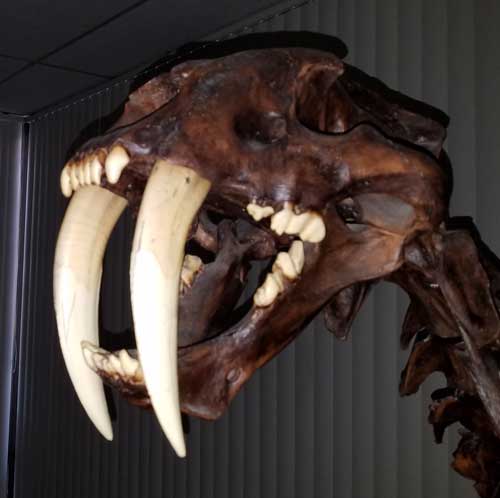 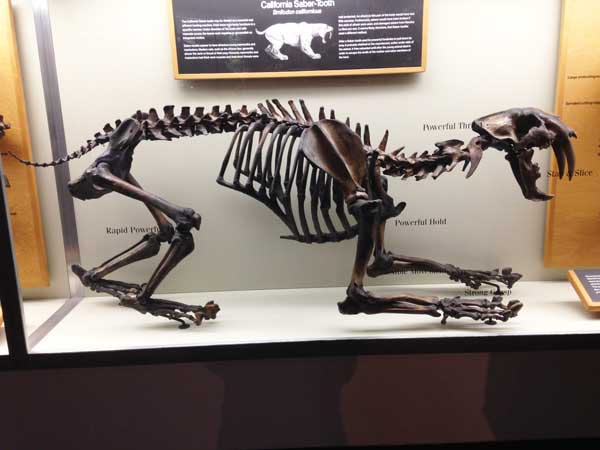 How are fossils formed? Asphalt- In what is now downtown Los Angeles lies a 23 acre park called The La Brea Tar Pits, officially Hancock Park. Within the park are over 100 pits filled with sticky asphalt or tar. The tar pits were formed by crude oil seeping through fissures in the earth. The lighter elements of the oil evaporate leaving thick sticky asphalt.

The pits are famous for the number and high quality of Pleistocene fossils that have been pulled from the pits. The fossils date between 10 and 40 thousand years old. Asphalt is an excellent preservative. Bones, teeth, shells, the exoskeletons of insects, and even some plant seeds have been pulled from the pits.And of course many saber tooth cats.

How are fossils formed? Amber- Insects, spiders, and even small lizard have been found, nearly perfectly preserved in amber. Picture this scenario: A fly lands on a tree branch in an area that is now the Baltic sea. While looking for food it steps in sticky sap that the tree has made to protect itself from fungal infection.

As the fly struggles to escape it becomes more and more entombed in the sap until it is completely engulfed and suffocates. The tree eventually dies and falls into the swampy water from which it grew. Over the course of millions of years the tree along with countless others becomes a coal deposit and the sap with our fly inside is polymerized and hardened into amber. As more time passes the coal bed is submerged as the sea level rises. Eventually the currents uncover the coal bed, slowly eating into the Surface, little by little. When the erosion reaches the amber it floats to the surface because it is lighter than the salty water. It is then washed ashore where it can be found. 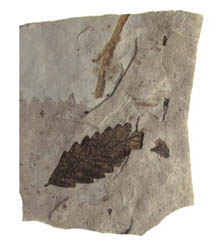 How are fossils formed? Carbonization (distillation)- In this process of fossilization plant leaves, and some soft body parts of fish, reptiles, and marine invertebrates decompose leaving behind only the carbon. This carbon creates an impression in the rock outlining the fossil, sometimes with great detail. 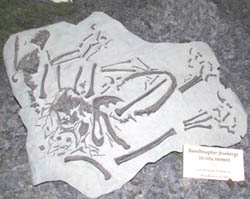 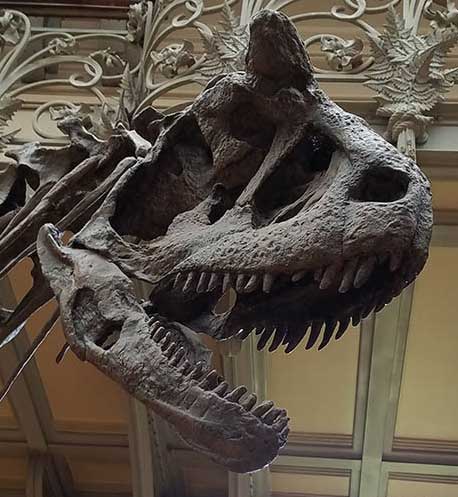 How are fossils formed? Permineralization-This is the most common method of fossil preservation. Minerals fill the cellular spaces and crystallize. The shape of the original plant or animal is preserved as rock sometimes with great detail. 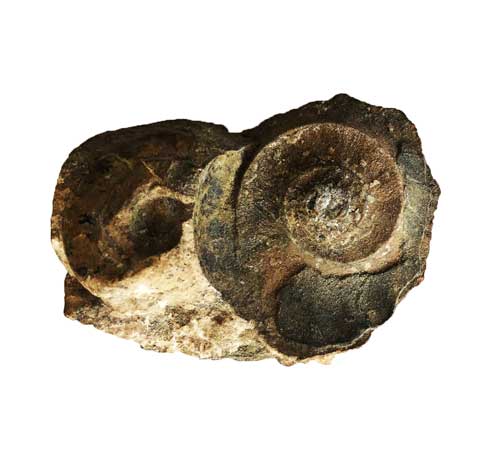 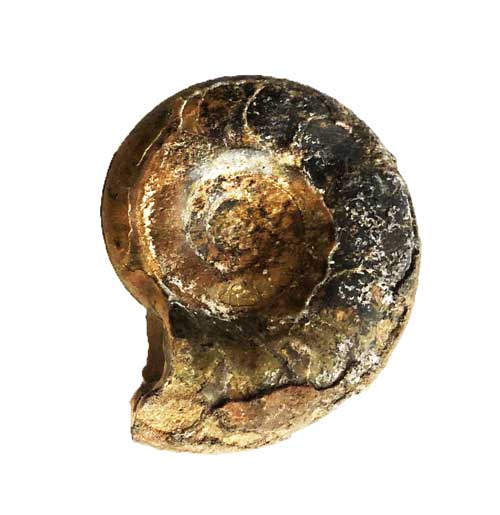 The original material can be dissolved away leaving the form and structure but none of the organic material remains. This is what makes cast and mold fossils possible.

Mold fossils occur when an animal is buried and the original material dissolves away before permineralization can take place. An empty space is left behind with the shape and size of the original. As the surrounding sediments turn to stone a negative remains.

Cast fossils happen when a mold fossil fills in with some other material. It fills up the empty space an creates a replica of the original but without the cell by cell replacement.

Fossils have also been created by peat bogs. During the Carboniferous Period there were many places in the world with low lying swampy fern forests. The climate was warm and wet. Ferns and other primitive plants grew faster than they could decompose. As the plant matter piled up peat was formed. When this happened in swamps the water prevented oxygen from rotting the peat. Many of these peat bogs became buried under more ferns, sediments, and sometimes oceans. Over time heat and pressure turned the peat into coal. We know coal as a fossil fuel but it can contain plant fossils with remarkable detail.

Paraffin deposits, and volcanic ash are other ways that can form fossils.

Try our What Is A Fossil Crossword Puzzle

Try our What Is A Fossil Wordsearch

Learn how to identify fossils