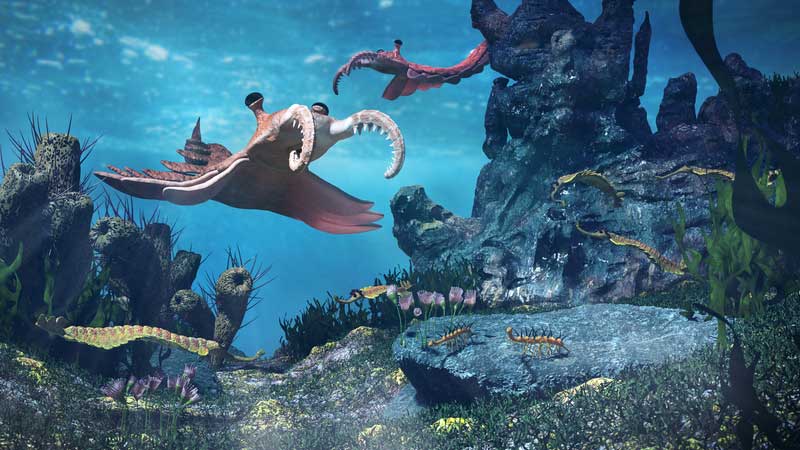 Anomalocaris was the first and probably the strangest ever apex predator. It also has the strangest history of discovery of any fossil.

Long before polar bears stalked the tundra and killer whales roamed the seas, and prior to even the great Tyrannosaurus, the world’s top predator was something much, much…stranger.

May we present the Anomalocaris, a bizarre and odd creature thriving throughout the Cambrian period some half a billion years ago. This time period was marked by life confined to the vast seas, and was home to a myriad of strange and peculiar lifeforms.

According to scientists, Anomalcocaris was thought to have ruled the primordial world as an apex predator, ranging up to a metre in length, making it the largest predatorial creature at the time.

Let’s explore what makes the Anomalcocaris such an odd, and interesting, predator.

What’s In A Name?

Start with the name: originating from the Greek ‘anomoios’, meaning ‘unlike’ and the Latin ‘caris’ meaning ‘shrimp’ or ‘crab’. Together the meaning can be translated to ‘unlike other shrimp’ or strange shrimp. First is not a shrimp or even a close relative of shrimp. It is an undeniably strange animal and the history of its discovery as strange as the animal itself!

When Anomalocaris was first discovered in 1892 only the feeding appendages were recognized. They did indeed look shrimp-like and so the name. A while later in 1911 anomalocaris mouth parts were found but they were thought to be a jellyfish and named Peytoia. Still later the body of an anomalocaris was found but its was interpreted as a sea sponge and given the name Laggania. It was not until the 1980’s that these three fossil body parts were found on together on the same fossil and understood to be one very strange looking animal. 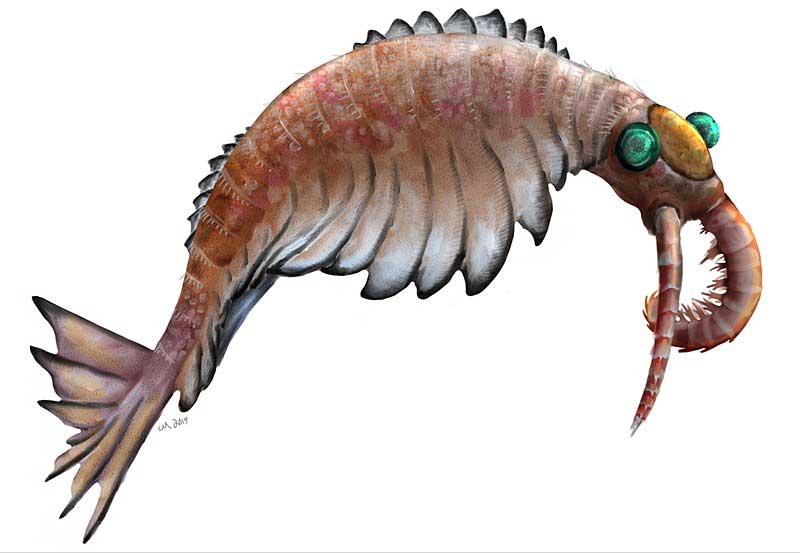 The streamlined body of this arthropod-like predator likely made it an efficient swimmer, capable of gliding through the water with ease, and making it capable of maneuvers necessary for hunting and overcoming prey.

Classifying this strange creature is no easy task. it does have many of the characteristics of an arthropod but it wasn’t a true arthropod. It belongs to a group of animals called Panarthropoda 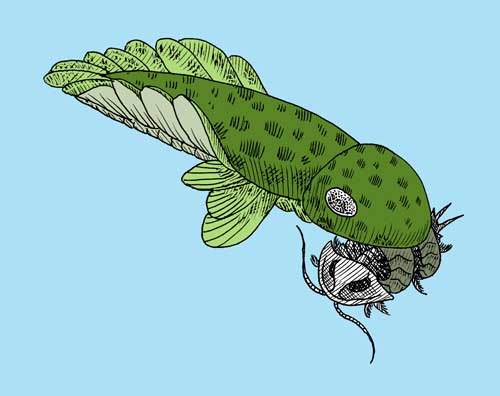 Anomalocaris is thought to have pursued its prey propelled by undulating flaps located on either side of its flank. These flaps, in combination with a fan-shaped tail propelled the predator forward with ease and vigor. Once in range, Anomalcocaris latched onto prey with spike-lined arms before chomping down with its square, tooth-laden mouth.

It has been a long-standing theory that the predator fed largely on hard-bodied animals. Although still an area of scientific contention, the presence of 32 overlapping mouth-plates has been interpreted to suggest it may have been capable of crushing hard-shelled prey such as trilobites. 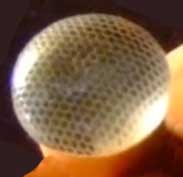 Despite well-preserved fossils, it wasn’t until recently that we knew much about this creature’s eyes as they faired much less well over time. We now know that Anomalocaris had two stalks protruding from its head, upon which two large eyes were mounted. These eyes, clocking in at around two centimeters long, were pear-shaped in appearance, making them both longer and larger than any other living creature at the time.

Surfaces of these eyes were rich with micro-lenses arranged in a hexagonal grid, similar to the compound eyes of modern-day arthropods. According to scientists, very few arthropods have similar or better resolution than the Anomalocaris. Ideal for predatory hunting, its vision no doubt contributed to its success during the Middle Cambrian Period.

The End of an Era for the Anomalocaris

The Anomalocaris is thought to have died off during the mass extinction event towards the end of the Cambrian Period. This event, dubbed the Great Permian Extinction, marked a period during which some 90% of all life on Earth ceased to be. Today, we have but the distantly related modern arthropods (such as lobsters and crabs) to remind us of this strange but formidable predator.