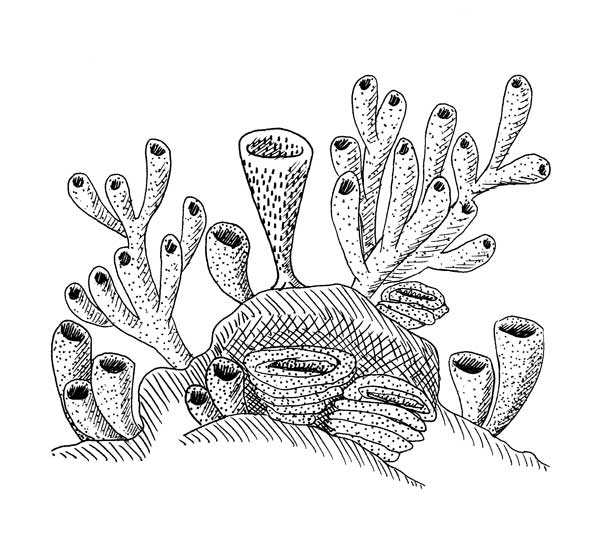 Ever heard of a fossil sponges? This porous animal lives in water, and is way more exciting than the one under the kitchen sink. In fact, the bodies of sea sponges are full of pores and channels, allowing water to circulate through them. In times gone by natural sea sponges were used until the man-made version was invented. Sea sponges belong to the phylum Porifera, which means ”pore bearer.” There are over 10,000 species of sea sponges, all with a different cell structure make-up.

Fossil sponges have been dated back to the Precambrian Era. The precambrian era spanned millions of years, so it is hard to say exactly when the first sponges existed.  Many specimens of fossil sponges are found in sites in North America, most notably sites in Canada Texas, and Utah. Sponges are also described from the Chengjiang biota of China. The Profera are believed to have undergone repeated radiations in the Paleozoic and Mesozoic eras, and probably attained their greatest diversity in the Cretaceous period. Up until that time many sponges contributed to reef building but later sponges had less hard parts to ad to the reefs. 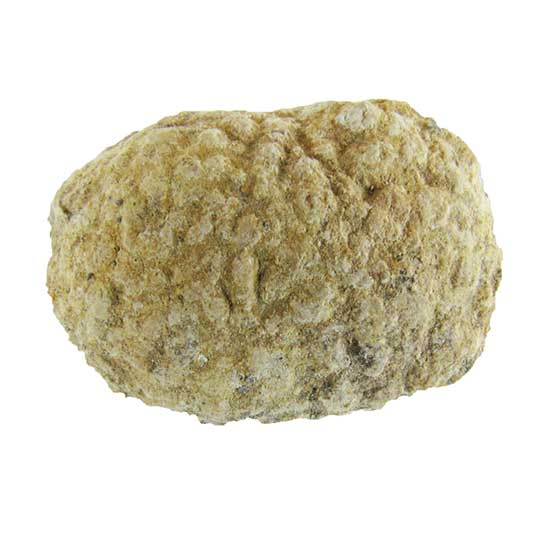 fossil sponge from the Permian Period

These are fossils that are rare. More common fossil sponges are relatively inexpensive and can be found in fossil collections for sale or as specimens. Fossilicious.com has several species available under $5.00. Interested? check them out at Fossil sponges.

Sea sponges are squishy little creatures. They have hollow bodies that are shaped by a jelly-like substance, called mesohyl, made mainly of collagen. Channels called ostia, lead to the interior of the body through the mesohyl, and in most sponges these are controlled by valves. 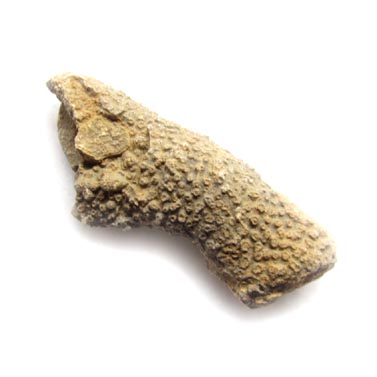 Sponges do not have nervous, digestive or circulatory systems. The means that they most rely on maintaining a constant flow of water through their bodies to obtain food and oxygen and to remove waste. Sponges take in water at the bottom and eject it from an opening on the top of their bodies, called the osculum. This process is similar to a chimney, or a whale that expels water from its blowhole. Like a machine, sponges control the water flow by ‘valves’ in the ostia, and may shut down if there is a lot of sand or silt in the water. While most species feed on bacteria and other food particles in the water, some will find other microorganisms to consume.

Many sea sponges have internal skeletons, comprised of calcium carbonate or silicon dioxide. They also vary in shape and size. The shapes of their bodies depend on the types of cells they have. This differentiation in body makes for many different kinds of fossil sponges.