Plesiosaurs: Everything You've Ever Wanted To Know 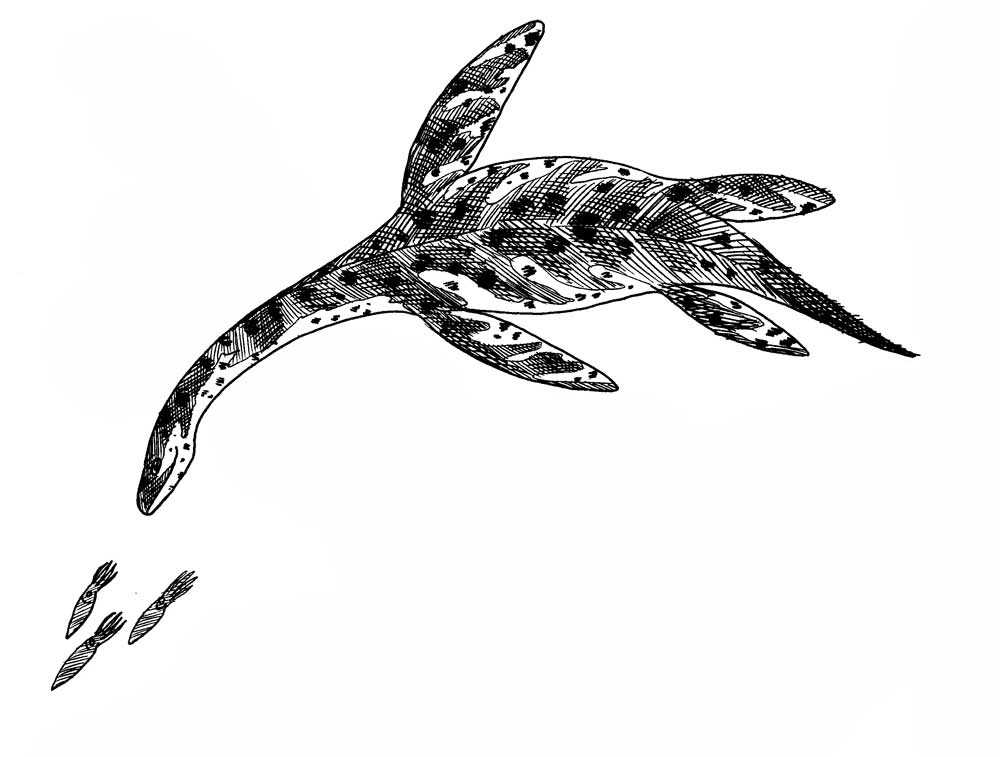 Plesiosaurs were large carnivorous marine reptiles of the sauroptergyian class. They came in all sizes, however, much of their length was found right at their necks. Some scientists believe that this incredibly unique feature may have been used defensively, whereas others believe that it may have been necessary for attracting and capturing food. It is thought that the primary food source of these reptiles was mollusks, squids, and fish.

Prehistoric animals have captured the attention of people for ages. This is especially true of species that roamed the earth and seas throughout the Jurassic Period. These species were large and represented an interesting fusion of modern lifeforms and seemingly alien creatures. Plesiosaurs are one such species. Distinguished by its small-sized head, two sets of fins or paddles, and incredibly long-necks. Their body was broad and flat and followed by a fairy short tail.

These sea-borne animals appear all throughout the fossil record.  Plesiosaur fossils dating from the late Triassic Period into the Late Cretaceous Period. (See the plesiosaur timeline at the bottom of this page. )Found on the earth more than 80 million to 215 million years ago, they've left behind an impressive fossil record that reveals very interesting things about their lives, their diets, and their manner of procreation.

With two distinctive flaps or paddles for arms, they were likely proficient swimmers. Swimming was accomplished by flapping the fins or paddles in the water. Due to its build and the likely movement of the fins, they are often compared to sea lions. This manner of swimming is frequently compared to underwater flight meaning that despite the seemingly awkward body design, Plesiosaurus moved smoothly and seamlessly through the water and may have been surprisingly fast.

It has additionally been established that unlike other reptiles that laid eggs, this species gave live birth in open water. What remains debatable is whether they were born in litters or one at a time. The fossil record reveals a nice teeth selection that confirms the nature of their suspected diet.

With such a long and flexible neck, it is believe that it fed by simply swinging the head from side to side when entering schools of fish or areas that were rife with mollusks. Prey would be captured and pierced by the sharp, long teeth in the animals mouth and masticated only minimally before being swallowed. Plesiosaurus did not have teeth meant for grinding food up into small bits and thus, its digestive system must have been quite sophisticated and effective in its own right.

On average, these reptiles measured approximately 15 feet long, or about 4.5 meters. But averages can be deceptive. There were more than 100 species of Plesiosaur ranging in size from the small Thalassiodracon about 5 feet long. to the very large Elasmosaurus that could be over 40 feet long and weigh up to 6 tons.! 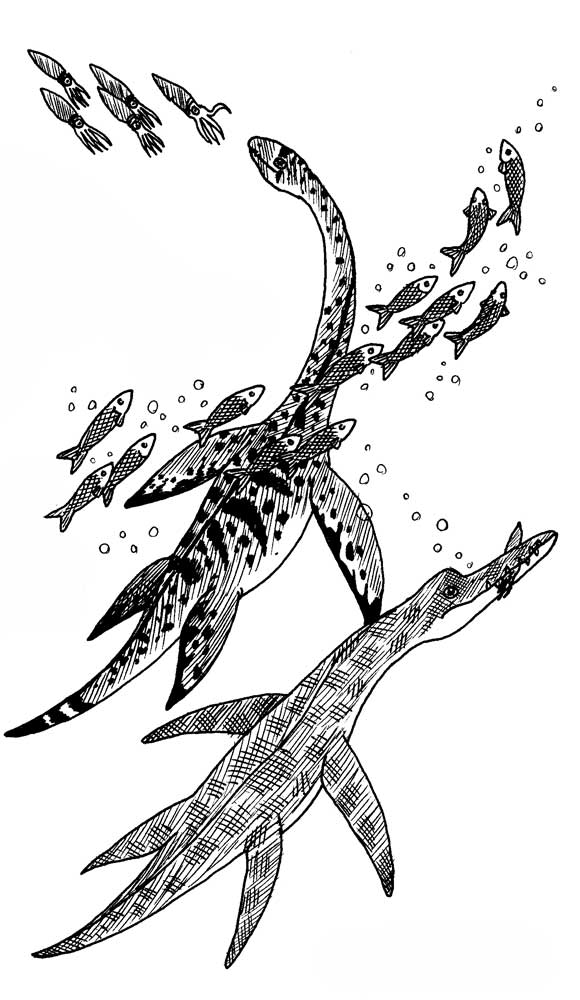 There are 2 suborders of Plesiosaurs:
Plesiosauroidea were long necked while Pliosauroidea had short necks.

Elasmosauraus had more vertebrae in its neck and a significantly longer body overall. In fact, the necks of these animals are thought to have been as long as 13 meters or 43 feet, which would be more than half of its body. These largest of Plesiousaurus would have been colossal and they date into the Early Cretaceous period.

Plesiosaurus was believed to roam widely in the Pacific Ocean and the European seas. Fossils have been found in Australia, Africa, various parts of Asia, and throughout North America. Much like all other species from the prehistoric age, these reptiles exhibit evidence of having undergone relatively rapid and significant changes as the result of evolution and thus, fossils can vary greatly depending upon where they are found, and their dating. The last Pelsiosaurus on record has been dated in the latter end of the Cretacious Period approximately 65 million years ago, and the bones of such look far different from that of one dated for 250 million years ago.

People who are interested in these prehistoric reptiles can certainly collect souvenirs that denote their history. Fossilized fluorite is an excellent example of this. This gorgeous, multi-colored mineral boasts a veritable bouquet of bright, contrasting hues. It also features fossilized coral and other elements within its composition. Larger and more dynamic pieces can even include teeth and other aspects of marine animals that filled the seas throughout the prehistoric ages.

You can buy Plesiosaur Teeth at fossilicious.com